California gas leak: a question of measurement and management 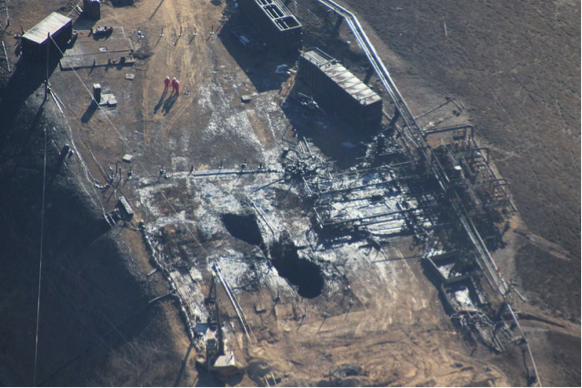 The ongoing natural gas leak at a storage facility in Aliso Canyon, California is reaching catastrophic proportions, and a state of emergency has been declared by Jerry Brown, Governor of California.

More than 2000 families have been forced to move from their homes due to the leak, which began in October 2015. The source is believed to be a broken injection-well pipe about 500ft below the surface in a depleted oil field used as a natural storage facility where gas is piped for use at a later date. Due to the complex nature of the leak, repair has been incredibly slow.

Southern California Gas Company (SoCal Gas) has tried to plug the leak unsuccessfully several times. The company has even tried to use a cocktail of chemicals and mud to reach the leak point, but rapid ice formation has made this impossible.

The well is spewing about 30,300kg of methane into the atmosphere per hour, which unless curbed, has the potential to total 265,428,000kg per year. The leak now represents a quarter of the state’s total emissions of methane.

When industrial gas leaks are left undetected, they cause significant problems from a financial, environmental, and health and safety perspective. The problem is further confounded when the organisation is unable to discover the real issue.

Methane is a pollutant, and the growing popularity of hydraulic fracturing techniques has led to an increase in natural gas extraction, lowered gas prices, and a move from coal to natural gas production. This has naturally led to a stronger possibility of fugitive emissions across the global natural gas infrastructure, including drilling sites, pipelines, and power plants.

Emissions from natural gas production are substantial and can happen during any stage of the natural gas lifecycle. Excess gas is flared as a critical business and safety activity, as oftentimes sufficient storage capability is unavailable. While gas that is flared during normal operations, such as the gas released by pressure valves when plant equipment becomes unexpectedly over-pressured, can be accurately measured to give a clear indication of the amount released, fugitive emissions can be harder to trace. Volumes can be uncertain and the active risk of pressure buildup and consequently explosion is increased.

It is for this reason that the monitoring, measurement, and management of emissions, both planned and fugitive, is critical for any business operating in the Oil & Gas industry. Fluenta enables organisations to make better, more informed decisions using ultrasonic technology to measure the flow of gas at the most accurate level.

Fluenta’s technology allows the detection of mass imbalances when they develop, so organisations have more time to react and manage potential leaks before they pose a major problem to the business, the environment, or the people’s safety. Businesses using Fluenta ultrasound technology are able to concentrate on effectively managing their business, by giving far greater accuracy, reliability and visibility into measurement.