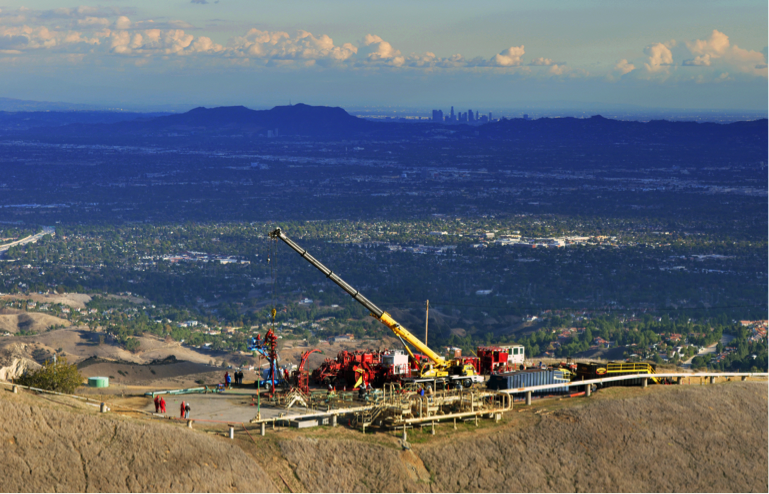 In January 2016 a natural gas leak at a storage facility in Aliso Canyon, California reached catastrophic proportions, leading to a declared state of emergency in the Los Angeles area.

Due to its complex nature, regulators and residents disagreed on how to stop the gas leak. Regulators were unsure about capturing and burning off the natural gas, fearing it would lead to an explosion. A resident of nearby Porter Ranch argued; “The air district doesn’t need to stall any longer because it has all the information it needs to make the right decision right now: Shut down the Aliso facility once and for all”.

After four months of significant emissions, the leak was permanently plugged in February. Nearby residents remain concerned about the after affects and claim gas companies are responsible for ensuring it does not happen again. To offset greenhouse gas emissions from the massive Porter Ranch leak, Southern California Gas Co. “could pay to plug abandoned wells, install methane-gobbling digesters at dairy farms and help people buy more efficient furnaces and water heaters” state regulators say.

In a US Securities and Exchange Commission filing in December, the utility’s parent company, Sempra Energy, estimated costs related to the leak at $330 million. The majority of this related to the relocation of residents, and around 10% to the value of the lost gas.

When industrial gas leaks are left undetected, they cause significant problems from a financial, environmental, and health and safety perspective.  This month ranch residents forced to evacuate their homes following the leak started to complain about health problems – including stomach aches and nose bleeds – and fears about returning to the area.

The California gas leak was the worst in US history, endangering residents and greatly impacting the environment. Precautionary measures must be in place to learn from its cause, and effects.