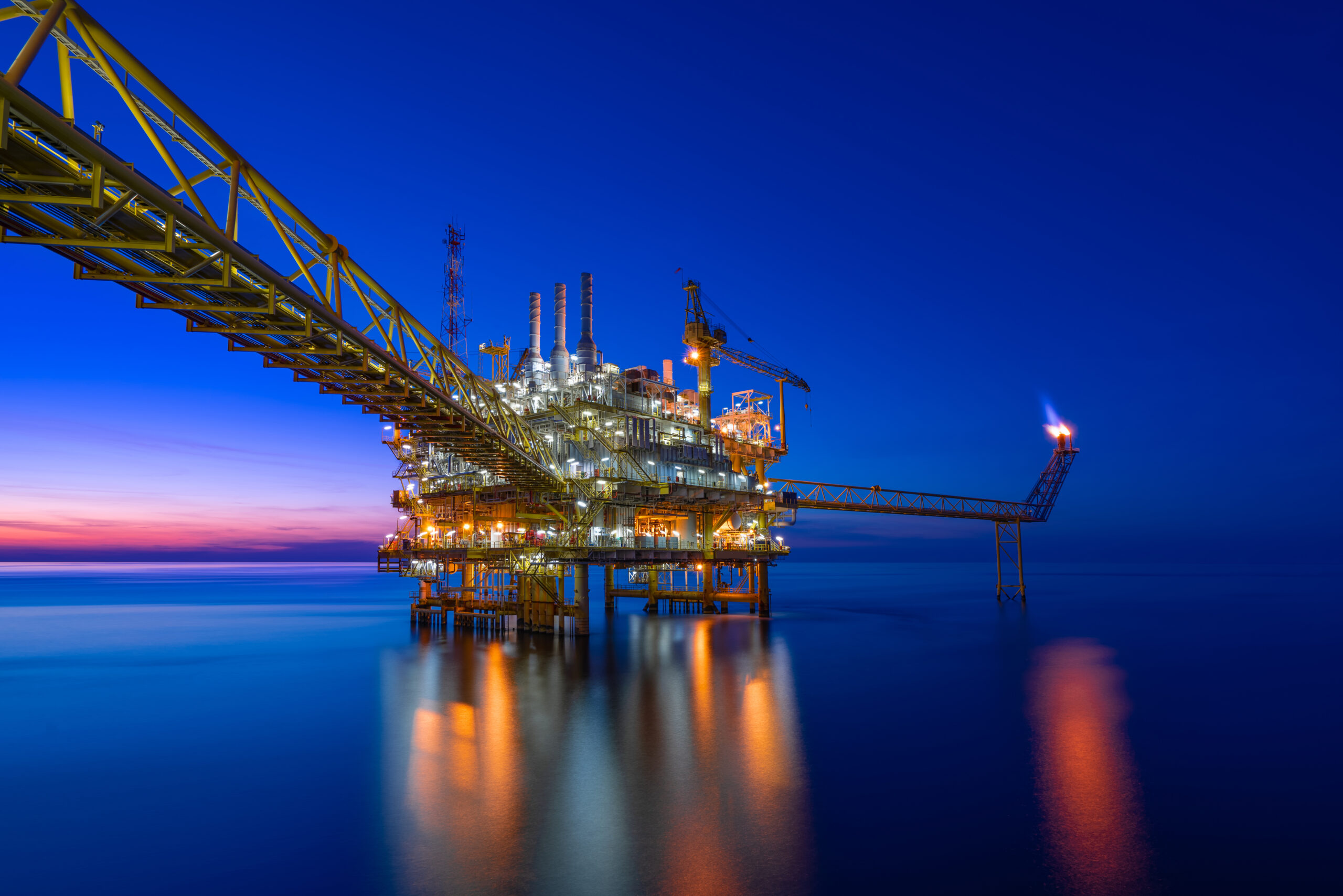 Infrastructure is key in reducing flaring. In previous blogs, we have discussed sending gas to market via pipeline and virtual pipeline through natural gas liquefaction. This blog will examine the ways in which natural gas can be captured and monetised by turning it into energy, such as fuel alternatives and electricity.

Compressed natural gas (CNG) is natural gas that has been compressed to less than 1/300th of its gaseous volume. The majority of CNG on the market comes from fossil fuels, such as crude oil, however it can also be the product of biogas. This CNG is classified as bio-CNG.

CNG not only allows for ease of transportation of natural gas where pipeline infrastructure is limited, the method also creates a ready to use fuel, with no processing needed on the receiving end. There is also limited initial processing as, unlike liquid natural gas (LNG), it doesn’t require any additives or complicated refining. The relatively simple process usually consists of compression, cooling, dehydration, and potentially Liquified petroleum gas (LPG) removal.

Globally, CNG is primarily used as fuel for domestic and commercial vehicles that have been adapted with a high-pressure tank. In 2018, there were around 26 million vehicles running on natural gas (NGVs) operating worldwide, with just 1% using LPG or CNG in 2015. However, this figure is increasing. Due to CNG being considered a cleaner fuel than petrol and diesel, many EU countries offer lower tax rates to incentives buyers. For example, in Italy, CNG is around half the price of diesel, leading to Italy accounting for 68% of EU CNG car sales in 2016.

Like most flare gas monetisation options, CNG is restricted by lack of infrastructure. There are currently less than 2,000 CNG refuelling stations in the U.S., and it is estimated that around 12,000 and 24,000 CNG stations are needed to make CNG a viable and competitive fuel to traditional options.

Natural gas is the main feedstock in the production of chemicals, such as ammonia, methanol and dimethyl ether (DME), a clean fuel alternative. However, it must first be converted into synthesis gas, or syngas. This initial process accounts for around 60% of the cost of the gas to chemical procedure.

Once syngas has been produced, catalysts are introduced to turn it into the desired chemical. Finally, the crude chemical is recovered from the unconverted syngas and is purified for use. Any unconverted synthesis gas is recycled.

Potentially the most commercial chemical produced is methanol. This can be combined with gasoline and used as a fuel in vehicles without any modification needed, or it can be used as a complete diesel substitute in converted vehicles. China alone has around 100 million vehicles which run on methanol and this is soon to be increased. In February, it was announced that China have set a goal of launching a further 10,000 methanol vehicles by the end of 2019.

Another popular use for monetising natural gas, while reducing emissions, is gas to power. Here, gas is used as a means of generating electricity, which is then used domestically and commercially.

Most power generated by gas is done so in natural gas, or LPG power stations and power generation facilities near to gas fields. It is only possible to generate electricity from natural gas at or near the source as long distance high-power cables are almost as expensive as pipelines, and energy is lost along the way, as well as in the DC to AC conversion which is necessary for it to be used.

In 2012, there were around 63,000 natural gas power plants worldwide, however in 2011, natural gas accounted for only 2.3% of global power generation. In the UK, demand for gas used for electricity was down 2.9% in Q1 019 compared to Q1 2018, with a preference for renewable energy. However, natural gas can play a part in renewable electricity generation too.

Based on a recent paper published in September 2018, the UK have proposed a way in which gas to power, or gas to wire (GTW), can be used in conjunction with offshore windfarms. The UK Oil and Gas Authority suggest using an offshore GTW facility to generate electricity using gas from nearby gas fields. This would then be sent to shore via a windfarm using the existing subsea cables. Currently, due to the intermittence of wind, annually only 40% of windfarm infrastructure is utilised. Therefore, there is the capability to utilise this infrastructure for GTW transportation. In this case, utilising GTW processes could both maximise the UK’s gas resources and boost electricity generation to meet growing demand.

Another alternative to ensure over-reliance on intermittent renewable energy in the UK is power response (PR). In this process, natural gas is fed into reciprocating gas engines which in turn generate power. These act as a responsive fall back for areas local to the power sites when renewable energy can’t be relied upon. This source of power is growing, and it is estimated that in the UK, around 2.5GW of power will be generated this way by 2025.

Monetise and Meter Your Flare Gas

Monetising flare gas is an important way to reduce flaring, while creating energy and fuel alternatives that are frequently cleaner than traditional options.

Demand for these products is growing, however there is still investment needed to increase production and further reduce flaring.

A crucial part of flare reduction is monitoring how much gas is being flared, vs how much is being sent to market. Our FGM 160 meter uses ultrasonic technology, the most accurate way to measure flare gas, and can measure flow with an accuracy of +/-1%. Typically, the accuracy demanded by regulators is +/-5%. AS well as ensuring you meet flare regulations, metering flare gas can help ensure efficiency. Measuring the gas that’s being sent to flare can help you make informed decisions regarding the volume of gas being flared, and if instead that gas could be monetised.