How Abu Dhabi came to be an Oil & Gas powerhouse 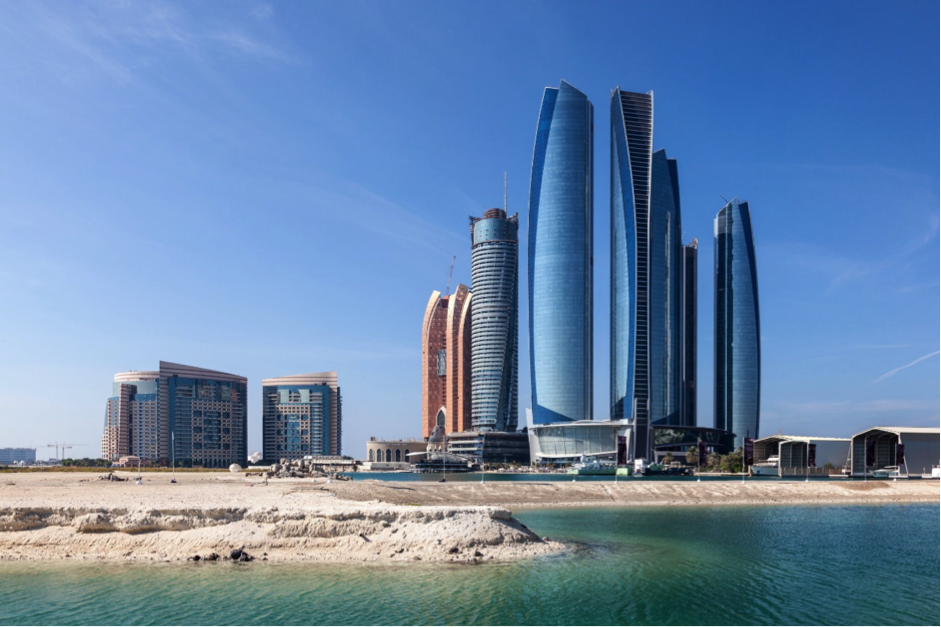 This week Fluenta is in Abu Dhabi, attending the 2015 Abu Dhabi International Petroleum Exhibition and Conference (ADIPEC). As the largest event of its type in the Middle East, it is appropriate that it is held in Abu Dhabi, which for the past half century has been one of the region’s leading oil nations. The state-owned Abu Dhabi National Oil Company produces more than 2.7 million barrels a day and is one of the largest petroleum companies in the world.

A hundred years ago it is unlikely anyone could have predicted that Abu Dhabi and its neighbouring Emirates would become such a thriving economic power. At the start of the 20th century the region was – as described by BBC Middle East analyst Gerald Butt – “a largely undeveloped desert emirate inhabited by nomads, pearl divers and fishermen”. Economic depression in the 1920s and early 1930s affected the Emirate’s economy and an unexpected new development – the cultivation of pearls – took its toll on a nation that was heavily dependent on the Persian Gulf’s rich pearl trade.

It was in the mid-1930s that the Emirates took its first steps – albeit tentative ones – towards being the oil-rich region we know today. Spurred by oil finds in previous decades in Mesopotamia and Persia (present-day Iraq and Iran), the Iraq Petroleum Company first negotiated onshore concessions to search for oil in 1935. At the time, IPC was part-owned by the Anglo-Persian Oil Company (APOC) – later to become BP.

Abu Dhabi’s first bore hole was sunk – with little success – in 1950. It was not until an offshore rig struck oil in 1958 that the region started to see a commercial return on its drilling investments, and by 1962 Abu Dhabi had commenced exporting. While Abu Dhabi’s economic fortunes were clearly on the up by the 1960s, it was the political upheavals of the 1970s that set the Emirates on a trajectory to wealth and modernity.

The United Arab Emirates as it currently exists was formed in 1971, and it was the crisis of conflict that first demonstrated the new bargaining strength of the oil-rich UAE and other nations of the Middle East. The Arab–Israeli War of October 1973 led to an international oil embargo by the Organisation of Petroleum Exporting Countries (OPEC) and by March 1974 prices had risen from $3 to $12 per barrel.

The end of the 1970s saw another significant spike in oil prices with the 1979 Iranian Revolution, itself pre-empted by protests and strikes within the Iranian oil sector, culminating in a suspension of oil exports. Prices surged and the other oil-producing nations of the region – including the UAE – increased production accordingly. Although this second peak in oil prices dipped in the early 1980s, by this time Abu Dhabi’s place in the market had been established, and by the end of the 20th century the UAE was the sixth largest oil producer in OPEC.

The impact of oil on Abu Dhabi’s economic fortunes cannot be overstated. From Butt’s “undeveloped desert emirate” of the 1950s and early 1960s it has been transformed into a modern, industrialised and wealthy nation. According to recent estimates by both the IMF and the World Bank, the UAE has the seventh highest GDP per capita in the world, with more than 50 per cent of the Emirate’s total GDP still accounted for by oil activities despite recent government initiatives to diversify the economy.

Abu Dhabi’s sovereign wealth fund is the Middle East’s largest in terms of total asset value – around $773 billion by the latest SWFI estimates – and that wealth is very much on display. Today Abu Dhabi is a nation of gleaming ultra-modern skyscrapers and other conspicuous displays of national and corporate prosperity. It has also become a burgeoning high-end tourist destination – and this has only increased since the inaugural Abu Dhabi Grand Prix was held in 2009.

The oil industry in Abu Dhabi continues to be at the forefront of technology and innovation, and indeed the awards event at this week’s ADIPEC gathering includes the highly competitive “Best Oil & Gas Innovation or Technology” category. Fluenta is committed to driving innovation in the oil and gas industry to help companies monitor and reduce gas flaring with the most reliable and accurate ultrasonic measurement technology available today.

← Oil bosses pledge to limit flaring Flaring in the news →