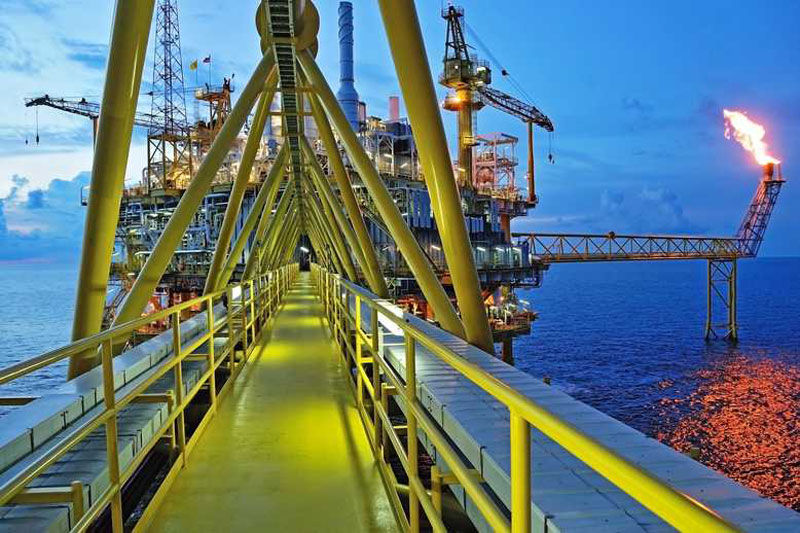 This article first appeared in Energy Digital on April 4, 2017

The US Bureau of Labor Statistics suggests more than half a million of the US population work in the oil and gas industry – with the number of global workers estimated between five and six million. The nature of working with hazardous materials in hostile environments means oil and gas workers are often exposed to dangerous conditions. Though many oil and gas companies are taking responsible steps to eradicate possible dangers, reducing risk must be at the centre of all new projects going forward. New technology and an increased awareness of safety must be the driving force behind operational reform. How can oil and gas companies ensure they are fulfilling duty of care by protecting the welfare of their employees? In this article, Lana Ginns, Marketing Manager at Fluenta, discusses how managing risks through continuous asset monitoring and connected technologies can highlight equipment failures and operational issues before they contribute to disaster.

Although rare, there is a risk of on-site explosions in the oil and gas industry. The Deepwater Horizon oil spill (also referred to as the BP oil spill) began on April 20, 2010, in the Gulf of Mexico on the BP-operated Macondo Prospect. At approximately 9:45 pm, methane gas from the well expanded into the drilling riser and rose into the drilling rig, where it ignited and exploded, engulfing the platform. 126 crew members were on board: seven BP employees, 79 from Transocean and employees of various other companies. Despite a three day US Coast Guard search, eleven missing workers were never found. The Deepwater Horizon sank on the morning of 22 April 2010. Considered the largest accidental marine oil spill in the history of the petroleum industry, the US Government estimated the total discharge at 4.9 million barrels.

There are many potential causes of such an accident, including the sudden release of gas under pressure or the introduction of an ignition source into an explosive or flammable environment. The Hydrocarbon Releases (HCRs) that cause explosions like these are, in simple terms, leaks.

Leaks will inevitably happen during operations, and while significant efforts are being made to reduce HCRs, innovations in remote monitoring technology can still be further exploited to reduce risk. The recent Step Change in Safety campaign was supported by stakeholders in the UK offshore industry and demonstrated what could be achieved by increasing focus on safety procedures. In 2010 the total number of HCRs was 187. The Step Change in Safety campaign aimed to reduce this by 50 percent over a three year period. Whilst the campaign fell short – reducing the number of leaks by 49 percent – the approach demonstrated what was possible when more attention is given to on-site safety.  Following an investigation into the Deepwater Horizon disaster, it was discovered that a number of asset failures had contributed to the explosion and a dangerous HCR had not been detected.

Monitoring potentially explosive environments for the presence of flammable vapours is an important health and safety practice and should be supported by the use of accurate measuring equipment. Historically, equipment checks were the responsibility of on-site personnel. This meant placing a human being into a potentially dangerous environment.

Due to the nature of fossil fuel location and extraction, critical infrastructure for the Oil & Gas Industry is often located in remote environments: in the middle of the ocean or in extreme heat or cold. The Deepwater Horizon oil rig was a semi-submersible, mobile, floating, drilling rig that operated in waters up to 10,000 feet deep. Sea water could impact asset performance, underwater debris could affect flow and cold deep-water temperatures could freeze equipment. Monitoring assets in hostile environments is crucial for risk reduction, but these punishing conditions can mean maintenance is a dangerous task.

The management of plants located in dangerous and extreme environments is traditionally provided by a large and expensive workforce. A North Sea oil rig will typically station between 50 and 100 permanent staff on board – each working 12 hour shifts. Should an incident such as an explosion occur, access to deep water rigs is only possible by helicopter. However, new connected technologies can help counteract the effect of hostile environments and identify or deal with potential issues before they become a catalyst for disaster.

In late 2015 a fire aboard a rig in the Caspian Sea resulted in the deaths of a number of oil and gas workers. This was caused by a gas pipeline that was damaged in high winds. By recording critical data to the cloud, companies can understand the impact of extreme weather on oil rigs and implement procedures to reduce the risk of an incident occurring again. Had the owners of the rig been more aware of the likelihood of such an incident happening, the site could have been evacuated earlier.