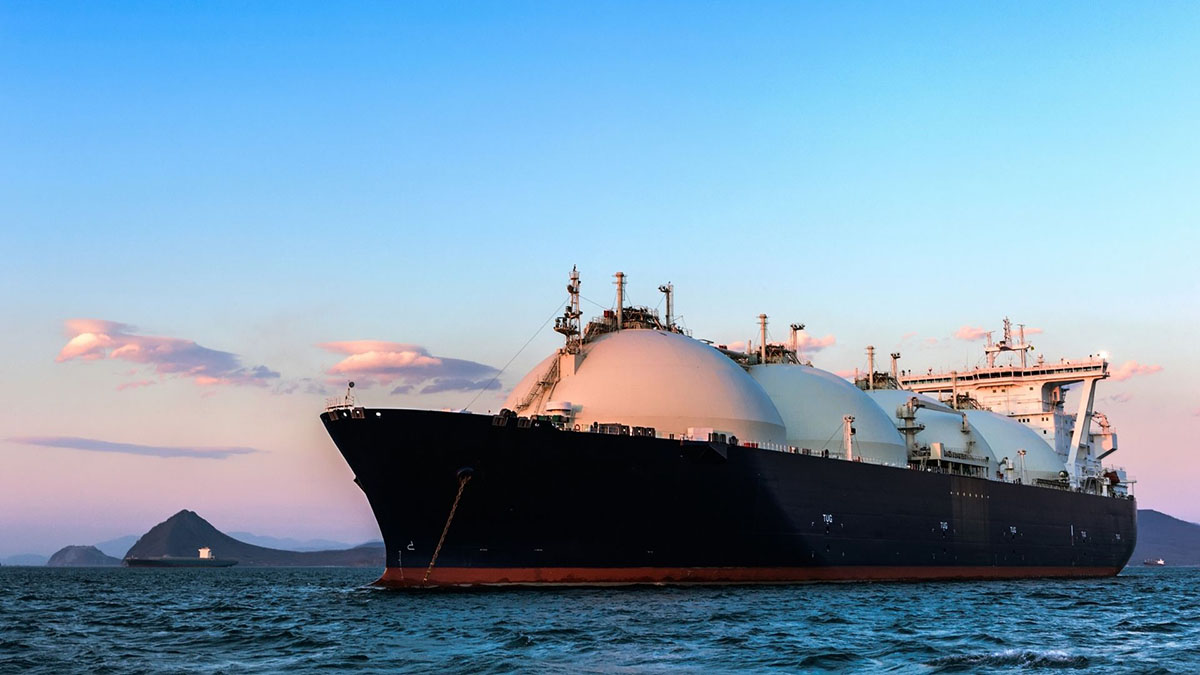 Despite the volatility and disruption the year 2020 brought to the energy market, the outlook for LNG shows resilience and continuous growth driven by consumer preferences and legislation amid aspirations for lower emissions and carbon-neutrality goals.

LNG has the prospect of leading the energy transition to carbon neutral fuels. However, the industry and the legislators still need to solve several challenges to lower emissions throughout the LNG value chain. LNG emission sources include leaks (e.g., from pipelines and valves), venting (e.g., from storage tanks), and boil-off gas during shipping, loading, and unloading of LNG at terminals, etc.

In this article, we examine one of the LNG emission challenges, boil-off gas and its role in LNG transport as a future fuel type.

What is boil-off gas?

Natural gas, a by-product of oil exploration and processing, has a lower density than traditional fuels, making it difficult to transport.

Liquifying the natural gas into LNG provides a solution to transport it across vast distances safely and cost-effectively where pipelines aren’t available or viable. LNG is typically stored and transported in tanks loaded on vessels as a cryogenic liquid, at temperature -163°C (-261°F), to increase its density.

Although the tanks are insulated, a small amount of warming occurs, causing the LNG cargo to evaporate as it reaches its boiling point. This natural evaporation, known as boil-off, is unavoidable, and the generated boil-off gas (BOG) must be removed to preserve the tanks’ pressure.

The warming that’s responsible for the formation of boil-off is created by several sources. These include:

Typically, LNG is composed of several components, each having its boiling point at any given pressure. The boiling-off temperature is directly related to the LNG mixture.

The lightest (most volatile) gas components like nitrogen evaporate first during a voyage. This phenomenon is called “ageing”.

The effect of LNG cargo ageing can differ significantly based on the LNG composition and the duration of the journey. The boiling temperature of the load can increase considerably due to the presence of heavy components such as propane and ethane.

BOG has a significant impact on the LNG trade as LNG is sold at the receiving terminal depending on its energy content. Since BOG reduces the quantity of cargo delivered and increases the heat value of LNG in the ship tank, the amount of BOG has a direct economic value. Moreover, given that BOG typically constitutes one-third of the shipping cost for charterers, the ability to monitor and manage BOG on LNG carriers strongly points to potential savings in shipping costs.

To relieve the pressure in the LNG tanks, the BOG can be re-liquefied on board vessels, used as fuel, or burned in a gasification unit. Reliquefaction occurs when evaporated LNG is cooled and reverted to its liquid state. However, this presents problems. Reliquefaction requires a lot of equipment, meaning tanks become very large. The process is more practical for large land-based liquefaction plants, where space is less of an issue.

At sea, BOG can also be managed through combustion. Excess gas is fed to the ship’s engines with a suitable fuel pressure to consume it. The LNG gas is used as fuel, with some tankers relying on BOG to perform certain manoeuvres. Another alternative is to burn the unwanted gas in a gasification unit, which results in waste of materials and valuable energy.

What can be done to minimise boil-off gas?

BOG generation is directly impacted by the cryogenic gas composition, ageing and operating constraints imposed by the terminals. One of the most efficient ways to restrict BOG generation is further cooling the LNG during the loading operation, but this uses a significant amount of power and affects the value chain.

Apart from loading LNG as cold as possible, there are also operational considerations that could minimise the production of boil-off gas:

Over the last couple of years, the International Maritime Organisation (IMO) introduced a new regulation to increase the energy efficiency for ships and set new stricter levels of emissions to support net-zero goals.

In recent years, tanker ships now use the LNG BOG produced during transport as fuel for the ships’ boilers instead of methane or oil. The BOG is collected, heated to ambient temperature, odorised, compressed, and then distributed to the boilers, which power the steam turbines used for the ships’ propulsion.

The flow measurement of the BOG to the ships’ boilers is a critical component because the IMO regulation requires low CO2 emissions, which means they must accurately measure the amount of BOG they are using in their boilers for energy efficiency.

Fluenta’s FlarePhaseTM transducers are specifically developed with the LNG industry’s needs in mind, meeting the accuracy requirements for measuring BOG aboard tankers at land terminals, storage facilities, and distribution points.