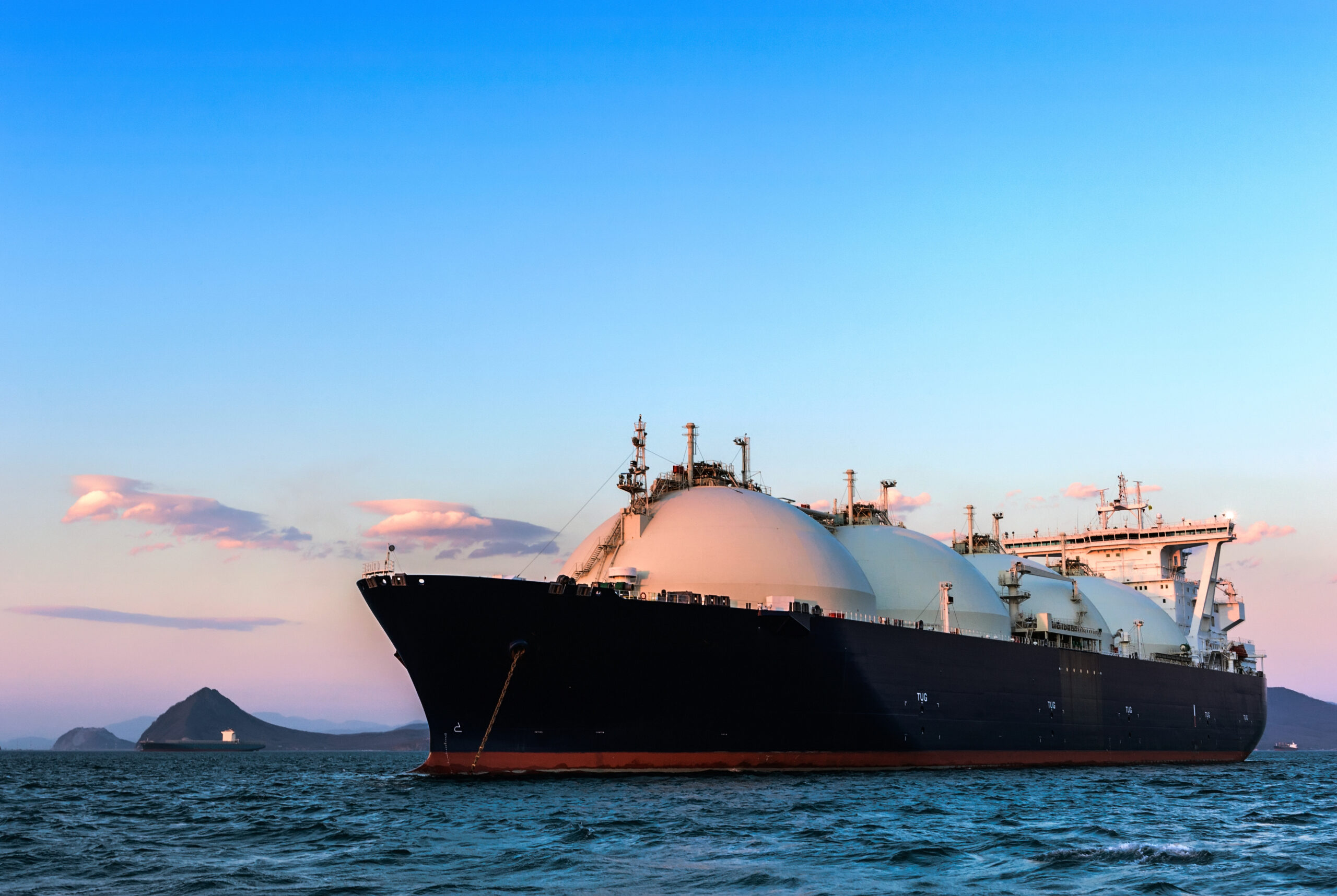 Without a feasible route to market, natural gas, a by-product of oil extraction and processing, is sometimes flared at the point of production. Liquefied natural gas (LNG) provides a solution for safely storing and transporting natural gas where pipelines aren’t available or viable. Therefore, LNG helps to reduce flaring and monetise the gas that would have otherwise been flared.

The LNG process was first discovered in 1820 by British scientist Michael Faraday who successfully chilled natural gas to turn it into a liquefied form. Around 100 years later, the first LNG plant was constructed in West Virginia. These were quickly established around the world to meet energy demand without the need for pipelines.

The first step is to clean the natural gas at a liquefaction plant. Natural gas is most commonly made up of methane, however it can include other compounds and gasses such as butane, propane, CO2 and even oil and water. In order to ensure the natural gas is of a consistently good standard, around 85-99% methane, and can be safely used and transported, it must be purified.

There are a range of processes involved in order to remove the different contaminate gasses that might be present in the raw feed gas (natural gas). However, the gasses and compounds removed aren’t all wasted. Unwanted propane and butane can be removed and then recovered and processed to create usable products called natural gas liquids (NGLs).

The next step is the liquefaction of the cleaned gas. At this stage, the gas is processed through an LNG train. Here, the gas is cooled, turning it into a liquid. The process of cooling the gas is like that used in fridges. A separate refrigerant gas is compressed, cooled, and condensed. This gas is usually one of the gasses from the purification process that is recovered and re-used. After the gas is condensed, the pressure is reduced, which results in a temperature drop via the Joule Thomson effect. This cooled gas is then used to cool the feed gas, until it is the required temperature to liquify the methane heavy gas, around -260˚F or -160˚C.

LNG is much denser than natural gas and takes up 1/600th of the space. This allows for large amounts to be transported via tanker or truck rather than pipes. However, for LNG to remain liquid, any transportation vehicle must be properly equipped to maintain the low temperature. LNG is most commonly transported by sea in specialised carriers which feature double-walled hulls to ensure insulation,  guarantee temperature consistency and manage boil-off gas, a product of transporting LNG. These specialised fleets are actively being commissioned due to the growing popularity of LNG.

Due to the popularity of transportation via ship, LNG is frequently received at terminals situated on the waterfront. Alternatively, storage tanks can be found further onshore which are reached via truck. The LNG is transferred from the transportation vehicle to the storage tanks via arms, which are gradually cooled to match the temperature of the LNG. These tanks are made with a durable outer wall and use vacuum insulation technology to keep internal temperatures consistent.

In order to use the LNG it must be reheated to turn it back into its gaseous form. This process is called re-gasification. In 95% of locations, seawater vaporizers are used to raise the temperature of the liquid to turn it back into a gas. During peak demand periods, underwater burners that use natural gas as a fuel are also used to reheat the liquid.

Finally, once it’s turned back into a gas, it undergoes metering, odourising and analysis. Natural gas has no odour, so a smell is added in order to ensure harmful leaks are easily detected. It is then ready to be distributed via gas pipelines and used as natural gas.

LNG is a useful process that allows natural gas to be transported when expensive pipeline infrastructure isn’t in place. Natural gas is also regarded as a cleaner source of energy than coal as it releases around half the amount of CO2 per unit of energy produced.

However, the processes involved in the creation, transportation and regassification of are energy intensive and the efficiency of the process is crucial in the value of LNG.

Natural gas transported as LNG is currently used in millions of homes for energy and heating and, despite the processing involved, demand and production are increasing. In 2017, global LNG trade reached 293.1 million tonnes. This is a 12% increase from 2016. In 2018, it grew again to 316.5 million tonnes. Bloomberg New Energy Finance predicts this trend will remain and demand will continue to grow and reach 450 million tonnes per year by 2030.

Metering your flare gas allows for accurate information, so you know just how much natural gas you’re flaring and how much could be recovered and turned into a saleable product to be monetised. Not only can flare gas recovery lead to a saleable product, it also reduces flaring and in turn any fines associated with this due to legal regulations. These regulations also demand accurate and reliable flare gas metering.

Our flare gas monitoring solutions can be deployed by companies operating in Liquefied Natural Gas to provide accurate measurement in some of the most challenging environments in the world. Our FGM 160 meter uses ultrasonic technology, the most accurate way to measure flare gas, and can measure flow with an accuracy of +/-1%. Typically, the accuracy demanded by regulators is +/-5%. This level of efficiency not only provides our customers with accurate measurement but the ability to manage and reduce emissions. Companies operating in LNG benefit from cost and environment saving strategies while ensuring regulatory compliance.