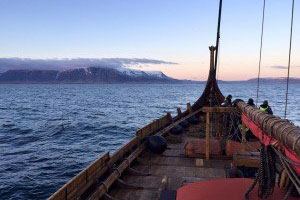 In a new blog series ‘oil and gas nations’ we will explore the position of select countries in the wider Oil & Gas Industry.

This week, Norway’s revenue from oil and gas reached US $1 trillion. The country (population five million) has generated significant wealth from innovative approaches towards oil and gas exploitation.

Up until the late 1950s, few people believed the Norwegian Continental Shelf (NCS) contained rich oil and gas deposits, with Norway depending primarily on coal. Attention shifted when the Groningen gas field was discovered in 1959 – the largest natural gas field in Europe.

In 1962, Philips Petroleum sent an application to the Norwegian authorities for exploration of the North Sea. The offer was an attempt to gain exclusive rights to the area, which prompted authorities to instead open the Norwegian shelf for more companies to drill. Drilling of the first well began in 1966.

After drilling of more than 200 exploratory wells in the North Sea, Norway made a major discovery: the Ekofisk oil field in 1969. This marked the beginning of Norway’s major oil expansion. At its peak, Ekofisk produced 350,000 barrels per day.

To ensure Norway maintained control of its oil and gas resources, the principle of 50 per cent state participation in each production was established. Over time, the state’s participation split in two, one linked to Statoil – its government owned energy company – and the other becoming part of the State’s Direct Financial Interest (SDFI) in petroleum operations.

While Statoil commenced its own oil and gas production, SDFI acquired interests in oil and gas fields, pipelines and onshore facilities. As one of several owners, SDFI paid its share of investments and costs, and received a corresponding portion of the income from the production licence.

Through more than forty years of operations, Norway has become one of the top five exporters of crude oil. It has been a lucrative and important industry for the country, with the oil and gas sector contributing 22% of Norwegian GDP and 67% of Norwegian exports in 2017. Today, production continues, as oil companies assess a record number of exploration blocks and wells.

The industry is bolstered by falling costs and rising efficiency. Several years ago, Statoil had a break-even price of $80 a barrel – today it is $35.

To find out more about the development of the Oil & Gas Industry, click here.

← The end of an era? Oil and gas nations: Saudi Arabia →