The last hope for a fracking revolution in Europe? 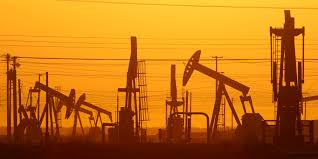 A survey from the Department for Business, Energy & Industrial Strategy (BEIS) shows that a third of people oppose fracking in the United Kingdom.

Just 17% of people backed the process of extracting shale gas through fracking, whilst 48% had no opinion.  The results show the lowest support for fracking since the department began tracking public opinion.

Despite low levels of public support the UK government has continued to push for the development of a UK fracking industry.  At the beginning of October, Communities Secretary Sajid Javid triggered outrage from local groups and environmental campaigners when he overturned Lancashire council’s rejection of a fracking site.  Opponents of fracking cite environmental damage as the primary concern, whilst proponents claim it will create jobs and energy independence.

Reducing carbon emissions in the US

Fracking has been hailed as an energy revolution in the United States, where new statistics from the Energy Information Administration (EIA) have shown its potential to reduce carbon dioxide (CO2) emissions.

A report issued on 12th October found that CO2 emissions fell to 2,530 million metric tons in the first half of 2016.  Levels are projected to fall to 5,179 million metric tons by the end of the year.  This level has not been recorded since 1992 and is most likely explained by the impact fracking has had on emissions from burning coal.  Coal burning generates significantly more carbon emissions than natural gas, and volumes fell 18% compared to the first six months of 2015.

An uncertain future for European fracking

The UK may now be the last hope for a fracking industry this side of the Atlantic.

France, Germany and Scotland have banned fracking and the International Gas Union continues to rule out further development of the industry in Europe.

Oil and gas companies have recently dropped several proposed fracking projects across Europe, including a primary site in Poland estimated to contain significant gas reserves.  Despite this, there may still be the potential for future development of some projects in the long term.

Alessandro Torello, a spokesman for the International Association of Oil & Gas Producers, explained: “Europe will not experience a US-style revolution, but the potential remains significant and worth looking at.  While it is true that it is difficult to make an economic case for shale in Europe, this is a long-term industry.”

The government’s decision to begin fracking in Lancashire is a big step forward for the UK industry, but Professor Jim Watson, Director of the UK Energy Research Centre, warned it “does not necessarily mean that UK shale gas development will take off in a significant way.”

He explained: “The economics of shale extraction in the UK are still highly uncertain, and it is not known whether shale production will deliver gas cheaper than that currently used by UK consumers.  The costs of UK shale will not be clearer until a significant amount of exploratory drilling takes place.”