Top five oil producing countries: which will top the table? 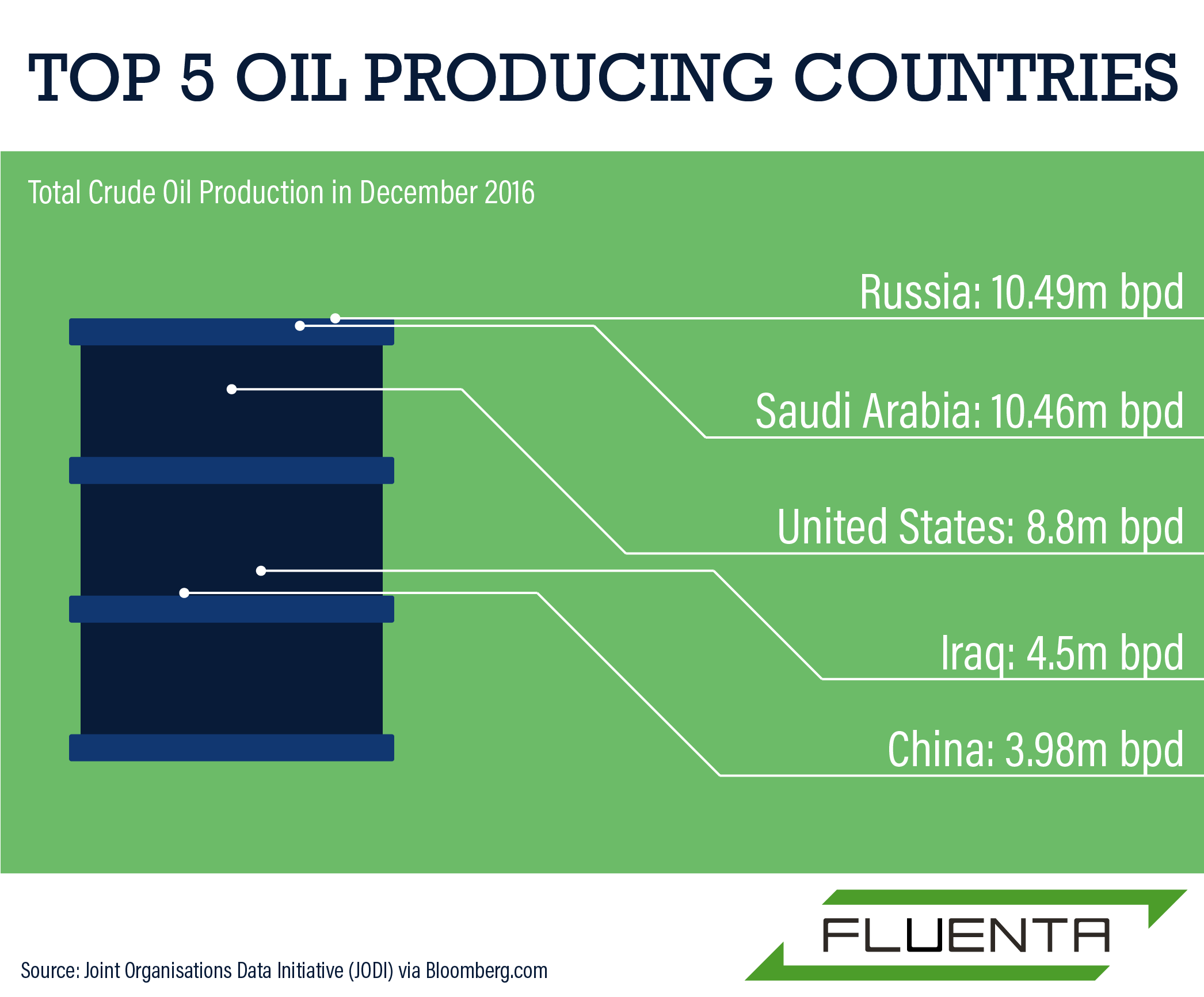 Oil is a valuable commodity. In 2013 annual production was valued at almost $450 billion, with the supporting infrastructure to produce, refine and distribute oil valued at more than a trillion dollars. New extraction technologies are sure to impact the production levels of countries in the future, but which nations currently produce the most crude oil? Data published by the Joint Organisations Data Initiative (JODI) in Riyadh reveals the five most productive countries:

In December 2016, Russia overtook Saudi Arabia as the world’s largest crude producer in the world – pumping 10.49 million barrels a day. This was the first time Russia had overtaken Saudi Arabia for oil production since March 2016. However, the change in leadership came at a time when both countries were restricting supplies ahead of agreed cuts to curb the worst glut in decades.

Pumping 8.8 million barrels a day in December 2016, the U.S. was the third-largest producer of oil. With a high-tech economy and stable investment climate, the U.S. is at the forefront of non-conventional energy extraction including shale oil and tar sands. Yet its consumption continues to exceed its production and the country must import large amounts of oil from Mexico, Canada, and other sources.

Iraq has the world’s fifth largest proven petroleum reserves, after Venezuela, Saudi Arabia, Canada, and Iran. Despite being one of the few places where vast reserves, proven and unknown, have barely been exploited – Iraq was the fourth biggest producer of oil in December 2016, pumping 4.5 million barrels each day.

However, Iraq’s oil sector has suffered over the past several decades from sanctions and wars, and its oil infrastructure is in need of modernisation and investment to continue to grow.

As the fifth biggest producer of crude oil, China produced 3.98 million barrels a day in December 2016. To secure a bigger future oil share, China is attempting to establish deals with other countries and diversify its energy sector: seeking imports and starting alternative energy programs such as nuclear.

← What do oil and gas companies value most? LNG supply gap may form as investment drops →