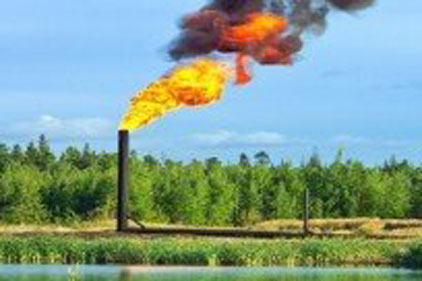 This week, the US Environmental Protection Agency revealed the results of its 2016 Greenhouse Gas Reporting Program (GHGRP). The program collects annual greenhouse gas (GHG) information from the top-emitting sectors in the US economy, and is used to improve estimates of national GHG emissions. Industrial facilities including power plants, refineries, waste and petroleum and natural gas systems report their emissions to the GHGRP.

Despite the high value, total emissions decreased two per cent from 2015 to 2016. The majority of the decline was caused by a cut in emissions from US power plants. Over the last decade, utilities have been cutting CO2 emissions by switching from coal to cleaner fuels, such as natural gas.

While contributing less as an industry, emissions from the natural gas and oil sectors rose to 238 million tons in 2016 from 233 million in 2015. This increase could eventually outpace deductions from US power plants.

So far in 2017, President Donald Trump has rolled back the limits former President Barack Obama had imposed on the Oil & Gas Industry. 52 environmental rules and regulations have been cut or are under review by the Trump administration, including the withdrawal of the US from a global pact aimed at countering global warming.

With expected rollbacks of GHG emission limits at new oil and gas wells, landfills and public lands, 2017 could see a larger increase in CO2 emissions from the Oil & Gas Industry than 2015-2016.

The existence of a high level of GHG emissions throughout the US has a significant impact. Air pollution has been associated with a wide range of health effects, including: respiratory, pulmonary and cardiovascular problems; allergies; and even death. GHG emissions have also been reported to block heat from escaping Earth, “forcing” climate change such as increased sea levels as well as extreme weather.

The importance of measuring

To monitor the impact of GHG emissions, there is a growing need for measurement in the Oil & Gas Industry. A major contributor of GHG emissions is the routine flaring of natural gas – the default position of companies that lack an economically viable method to store it. The US has more gas flares than any other country.

Ultrasonic flare gas meters such as the FGM 160 can be used to monitor gas flaring, allowing operators to understand how much gas they are burning off and isolate the emissions heavy processes. With this information the Oil & Gas Industry can track and reduce the effect of increased emissions on next year’s GHGRP.