The GGFR aims to increase the use of natural gas produced during oil production by helping remove technical and regulatory barriers to flaring reduction, as well as conducting research, promoting best practice, and developing country-specific gas flaring reduction programs.

As part of the program to reduce global gas flaring, the World Bank runs the Zero Routine Flaring (ZRF) by 2030 initiative.  Launched in April 2015, the initiative brings governments, oil companies, and development institutions together to cooperate on the aim of eliminating routine gas flaring by 2030.

Governments that endorse ZRF commit to implementing a legal, regulatory, investment, and operating environment to encourage development of markets that prioritise utilisation of extracted gas.  Endorsers of ZRF will publicly report their flaring volumes and progress towards the Initiative on an annual basis. 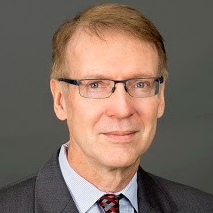 Bjorn Hamso has been the GGFR Program Manager since August 2013.  Previously he managed large World Bank gas and power investment projects in India, Pakistan, Europe and Central Asia.  Before joining the World Bank in 1999, Mr Hamso had a long career in the Norwegian oil company, Statoil.  Fluenta had the opportunity to conduct an exclusive interview with Mr Hamso ahead of the release of new satellite data on global gas flaring data, which the GGFR develops with the United States National Oceanic and Atmospheric Administration (NOAA).

How have companies and countries reacted to the Zero Routine Flaring by 2030 initiative?

The reaction to the ZRF initiative has been positive, as evidenced by the number of endorsers.  At the Initiative launch there were 25 endorsers and, as of December 2016, there are 62.  Our numerous discussions with governments and oil companies have revealed a broad understanding that the industry practice of routinely flaring gas at oil production sites should end.  Governments and companies are taking this Initiative very seriously, but we recognise it takes time to make assessments and to develop strategies to reach the goals.

Oil companies who already have committed to no routine flaring in new oil field developments see the ZRF Initiative as a beneficial instrument that levels the playing field – other oil companies would adopt the same good practice and endorsing governments would require it.

The new satellite flaring data developed jointly by the NOAA in the US and the GGFR shows that global gas flaring has increased marginally to an estimated 147 billion cubic meters (bcm) in 2015.  This is mostly caused by flaring increases in Iraq, Iran, the US, Venezuela, Algeria, and Malaysia.

The largest flaring reductions have taken place in Russia and Nigeria, and in Libya where conflict has caused a dramatic reduction in oil production and thus also in flaring.  While the numbers are not surprising, they show that in the coming years we have significant work to do to decrease flaring.  Commitments to improve the flaring situation, through the ZRF Initiative, will play an important part.

Considering the world is passing the 400ppm CO2 threshold, how do you see the impact flaring has in this context and what difference could ZRF make?

Gas flaring constitutes more than one percent of CO2 emissions from fossil fuel production and consumption.  Considering how relatively quickly and painlessly gas flaring can be reduced, compared to curbing emissions from other sources, it is a significant and important contribution.

Scientists estimate that 40 percent or more of the black carbon (soot) that is deposited on the Arctic snow and ice cap comes from flaring inside or near the Arctic circle.  This accelerates an already deeply troublesome melting of snow and ice near the north pole.

Do you see ZRF by 2030 as a reality if fracking continues to take off?

Avoiding long-term routine flaring where tight oil is produced, such as by hydraulic fracturing (fracking) of reservoirs, is a matter of planning and willingness to put gas offtake installations and infrastructure in place from the beginning of operations.  We hope countries with tight oil prospects, such as Argentina, will join the ZRF Initiative and thereby demonstrate that development of such prospects can take place without routine flaring.

What is next for the ZRF Initiative?

The countries and oil companies that have endorsed the ZRF Initiative represent about 55 percent of global gas flaring.  We will continue to increase ZRF’s coverage, with the goal of bringing a 150-year-old oil industry practice to an end, and will continue to explore ways companies, governments, and development banks can co-operate to end routine flaring.  Furthermore, annual flaring data from ZRF-endorsing governments and oil companies will be presented on a World Bank website, helping maintain focus on the issue.